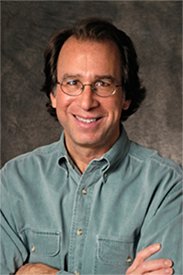 I’m a freelance journalist and author whose work has appeared regularly in The Boston Globe and The Christian Science Monitor. (Albie was a very good dog, who was lucky to survive for five months in a high-kill shelter in Louisiana before we found each other in 2012.) I’ve also written for The Los Angeles Times, Parade Magazine, AARP Magazine and numerous other publications in the U.S. and abroad. I’m the author of the New York Times best-seller, Rescue Road: One Man, Thirty Thousand Dogs, and a Million Miles on the Last Hope Highway (Sourcebooks, 2015); Rescued: What Second-Chance Dogs Teach Us About Living With Purpose, Loving With Abandon, and Finding Joy in the Little Things (TarcherPerigee, 2017); and The Dog Went Over the Mountain: Travels with Albie: An American Journey (Pegasus Books, 2019). Inspired by a re-reading of John Steinbeck’s Travels with Charley, I took Albie, our first (and oldest) rescue dog, on a 9,200-mile odyssey around the United States. The Dog Went Over the Mountain is the story of that journey. I’m thrilled to say that that book was the winner of a Lowell Thomas Award given by The Society of American Travel Writers Foundation, taking second place for best travel book of 2019-20. My first book was Around the World on Two Wheels: Annie Londonderry’s Extraordinary Ride (Citadel Press/Kensington, 2007), the story of my great-grandaunt who, in 1894, left her three young children with her husband in Boston to circle the world on a bicycle and became the world’s first female international sports star in the process. My latest book, my ninth, is my first novel. In Spin: A Novel Based on a (Mostly) True Story (Pegasus Books, 2021), I reimagine the Annie Londonderry story in a work of historical fiction.

I’m also the co-author, with the late Thomas B. Graboys, M.D., of Life in the Balance: A Physician’s Memoir of Life, Love and Loss with Parkinson’s Disease and Dementia (Union Square Press, 2008); with Robert P. Smith of Riches Among the Ruins: Adventures in the Dark Corners of the Global Economy (Amacom, 2009); and, with my wife Judith Gelman, of The Unofficial Mad Men Cookbook: Inside the Kitchens, Bars and Restaurants of Mad Men (SmartPop/BenBella, 2011) and The Unofficial Girls Guide to New York: Inside the Cafes, Clubs, and Neighborhoods of HBO’s Girls (SmartPop/BenBella, 2013).

Before I started writing books I practiced law for a few years and taught legal research and writing at the Northwestern University School of Law and the University of Virginia Law School. I then worked for nearly a decade as the Public Affairs Director of the International Physicians for the Prevention of Nuclear War (IPPNW), winner of the 1985 Nobel Peace Prize, and was privileged to be part of the IPPNW delegation that traveled to Oslo to receive the prize.

I’m a graduate of Amherst College and Boston College Law School. Judy and I live in Massachusetts with our two rescue dogs, Salina and Tot, both of whom came from Louisiana. Our two other rescues, also from Louisiana, Jambalaya (Jamba for short) and Albie, both passed on in 2020. Goodness, do we ever miss them. That’s Albie, Salina, and Jamba waiting for a treat, below. We also have two grown sons. They already had their treats.